Skip to content
Contact: prize@kilgarriff.co.uk
This page is about a prize given in the name of Adam Kilgarriff, a British corpus linguist (1960-2015). For Adam's original personal home page, please proceed to kilgarriff.co.uk. 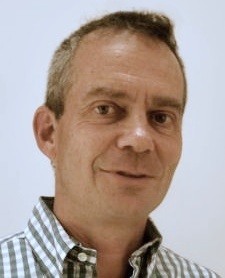 The Adam Kilgarriff Prize was established in 2016, in honour of our brilliant and much-loved colleague Adam, who died the previous year.

The Prize is awarded every two years in conjunction with the eLex conference series, and it is intended to recognise outstanding work in the fields to which Adam contributed so much: corpus linguistics, computational linguistics, and lexicography.

More information about the Prize can be found on the Information for Applicants page.

The second iteration of the Adam Kilgarriff Prize has been awarded to Matt Kohl for his hip-hop dictionary, The Right Rhymes. read more>

Applications for the second iteration of the Adam Kilgarriff Prize are now invited. Full information for potential applicants can be found here.

The deadline for applications is 30st September 2018. A winner will be announced on or before 31st January 2019, and the Prize will be awarded at the eLex Conference of 2019 (date and venue to be confirmed).

We look forward to receiving your applications!

On behalf of the Trustees of the Adam Kilgarriff Prize, I am delighted to announce that the inaugural Prize has been awarded to Paweŀ Rutkowski of the University of Warsaw. Dr. Rutkowski heads up a team which has developed (and continues to develop) a large annotated corpus of Polish sign language and the fully corpus-based Dictionary of Polish Sign Language. We were impressed by the ambition of this major project, by the thoughtfulness and ingenuity with which it was planned and designed, and by the professional and rigorous way in which these plans have been implemented. In addition to its intrinsic merits, the project has a number of socially and educationally valuable spinoffs, including multimedia adaptations of school textbooks for children with special educational needs. Dr. Rutkowski’s application clearly met all the criteria listed on the Prize website. We congratulate him, and we feel confident that our friend and colleague Adam would have been as impressed and excited by this project as we have been.

The Adam Kilgarriff Prize, announced earlier this year, has got off to a great start. We received eight high-quality applications, and the judging process was long and challenging. In the end our decision was unanimous, but we were very impressed by all the applications, and we would like to thank the other applicants very warmly, not least for giving us the opportunity to learn more about the interesting work they are doing.

We are pleased to announce the establishment of the Adam Kilgarriff Prize, in honour of our brilliant and much-loved colleague Adam, who died last year.

The Adam Kilgarriff Prize is intended to recognise outstanding work in the fields to which Adam contributed so much: corpus linguistics, computational linguistics, and lexicography. The aim is to encourage younger researchers, so applicants must be under 40 at the point when nominations close. The prize will be awarded to an individual researcher for an original publication, a piece of software, a product or service, or any combination of the above.

The prize is administered by a board of trustees, comprising Michael Rundell (Chair), Miloš Jakubíček, Ilan Kernerman, Iztok Kosem, Pavel Rychlý, and Carole Tiberius, who will select the winner. The deadline for nominations for the 2017 prize is 30th September 2016, and the winner will be announced by the end of 2016. Details of the nomination procedure (as well as fuller Terms and Conditions) will be published in April 2016 on this web page.